A Potted History of The Mini 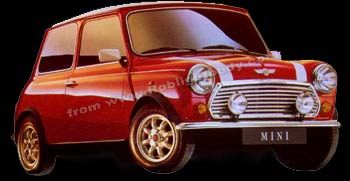 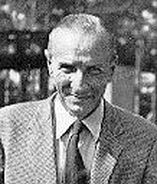 He designed the Mini to be a small, cheap, economic wee car with safe handling...little did he know that the car would go on for 40 historic years.

He had a marvellous ability to visualise the completed car during its design stages. There are many examples of this, such as the one where an engineer asked him what size to make the wheels. Issigonis held his hands apart and said "this big"...the engineer measured the distance between his hands - 10 inches - and made the wheels exactly that size!
Casual sketches made my Issigonis could almost be used as blueprints by the engineers assembling the first prototypes.
He called himself "The Ironmonger" because he preferred to be hands-on rather than paper-based. "Market research is bunk" he said..."the public don't know what they want, it is my job to tell them". with more than 5.25 million Minis produced, who can argue?Sir Alec designed many other successful cars including the legendary Morris Minor and Austin 1100/1300 range. 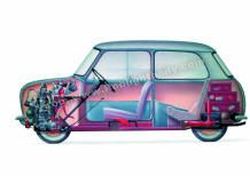 All internal space was cleverly used
Born of necessity during the Suez Crisis, it had a revolutionary design for the time - with front wheel drive, the gears mounted in the engine's sump and a transverse engine. The entire engine and transmission unit was contained on subframes and fitted compactly under the Mini's tiny bonnet.

It was also VERY small - just over 10 feet long - which made it all the more incredible that it could take 4 people and (some) of their luggage.

It has been available as saloon, station wagon, pick-up, van, cabriolet, utility vehicle (Moke) and numerous other permutations!
The Wonder Years 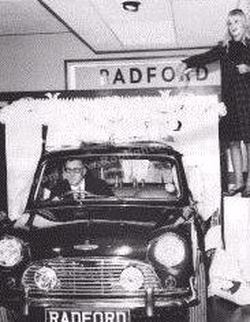 Peter Sellers and Britt Eckland with the Radford Mini Cooper
Inspired in the mid 50s when the fuel crisis meant that fuel was very expensive in the UK. Launched on an unprepared public on the 27th of August 1959, the car was not an immediate success, because people thought it "odd".
Once the Queen had been seen taking a drive in one in the early 60s, the car suddenly became a major fashion item. Every famous person had to be seen in them and the car soon became "classless", and could be seen as easily outside the school as outside the Ritz. In 60s swinging London, nothing else was quite as cool!

Once it was realised how incredibly well the Mini handled, the famous Grand Prix team, John Cooper Racing, became involved and produced a succession of performance models.
These then went on to many, many successes in rallying (the Monte Carlo being the most famous) as well as road circuits.

The Mini's fantastic handling combined with an excellent power-to-weight ratio made them a force to be reckoned with while competing against much bigger and more powerful machinery. Size isn't everything!
The Mini's Replacment, the Metro

Numerous attempts to replace the Mini were made, including a famous one by Sir Alec himself (the "9X" but none ever succeeded.  The "Austin miniMetro & Rover Metro/100", lasting from 1981 until 1997, was the most successful.  More info on the Metro here.
Going out with a bang. 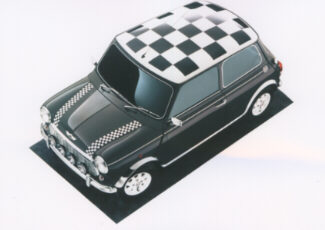 The Mini enjoyed a huge revival after the 1990 reintroduction of the Cooper after a gap of 17 years. It had leather seats, a bigger more powerful engine, white roof and alloy wheels. It sold in large numbers in the UK, France and Japan and was soon accounting for more than 40% of Mini production. The last Minis - those produced after September 1996 - had arguably the biggest changes ever made to the car.  Despite the large-scale changes, that legendary handling/roadholding "grin" factor remained intact.  For more info on these models click here.

For more information on the very very last Minis from the year 2000, and the very final improvements, click here.

After an amazing 41 years and over 5.3 million cars, the Rover Mini finally ended production on the 4th of October 2000.

The story does not end here however - A new "MINI" arrived to much fanfare and a new generation of fans - and the "Classic" Mini retains a HUGE following from its fans around the world.  Long live the Mini!

For more information please have a look at my Mini Archive page.
Comments